The only surviving wonder of the ancient world, the Pyramids of Giza are probably the most iconic images of Ancient Egypt. However, there are many more treasures hidden in the desert sands along the River Nile.  From Luxor to Abu Simbel, there are countless majestic tombs and temples that beckon intrepid travellers to uncover the secrets and mysteries of this ancient civilization.

Also Read: Visit These 11 Pyramids Around The World 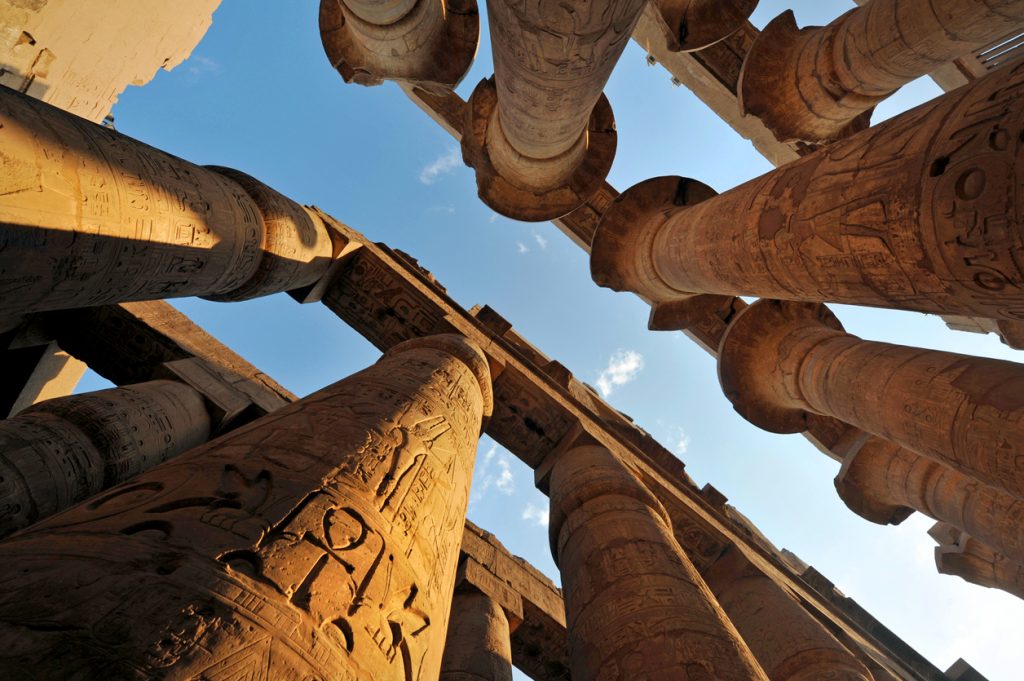 Located in the old city of Thebes, once the capital of Ancient Egypt, this complex covers over 2 square kilometres, and houses many temples, residences, and even a large sacred pool. Don’t miss the famous Temple of Amun-Ra with its forest of towering columns, covered in colourful hieroglyphics. 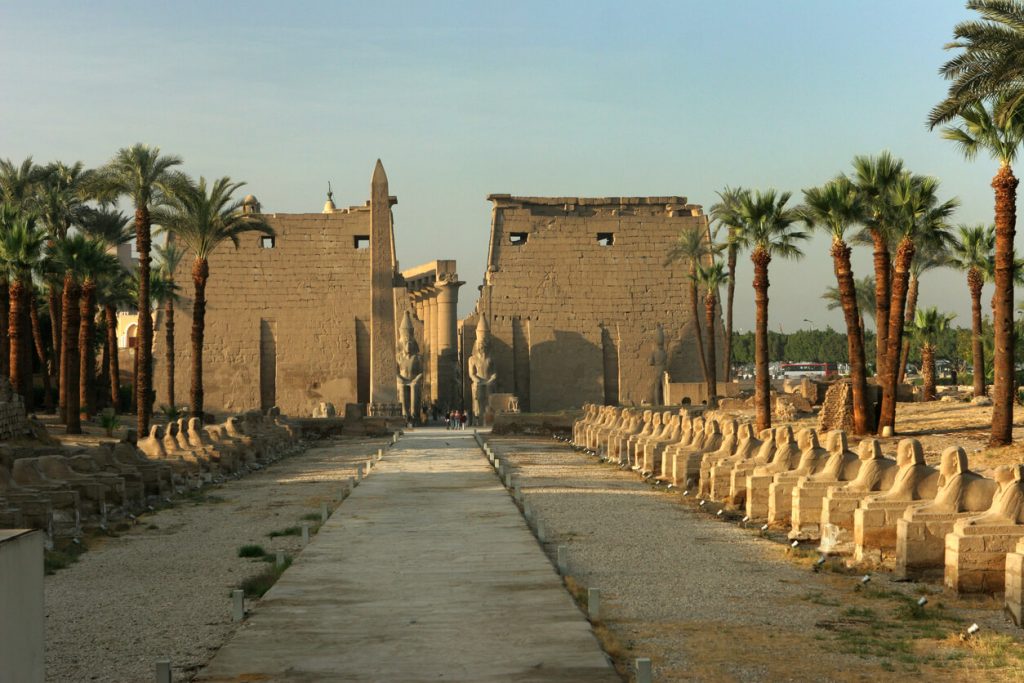 The other great temple of Thebes was Luxor. Flanked by colossal statues of the famous Pharaoh Ramses II, it is dedicated to the rejuvenation of kingship, rather than a god or king. Inside, you can also find some early Christian paintings on the walls and even a precariously built mosque. 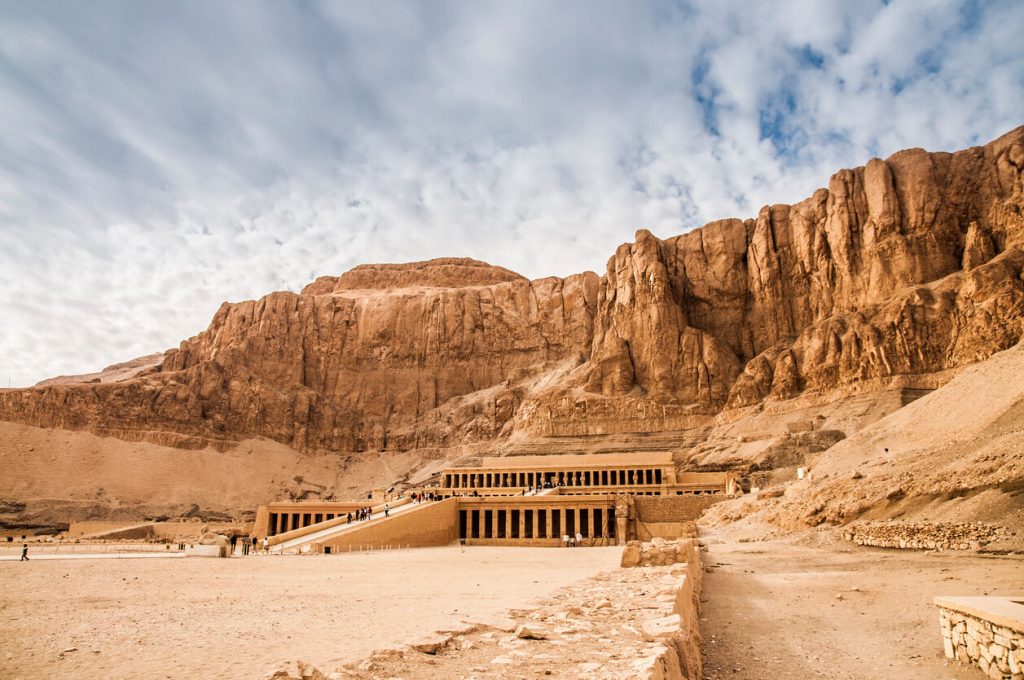 The other draw of Ancient Thebes is its great burial places. While the pyramids were the tombs of the Pharaohs of the Old Kingdom, later rulers wanted to be closer to their capital. The Valley of the Queens and the Valley of the Kings hide vast treasures within them. Among those open to the public are the tombs of Nefertari (wife of Ramses II) and Seti I (his father). 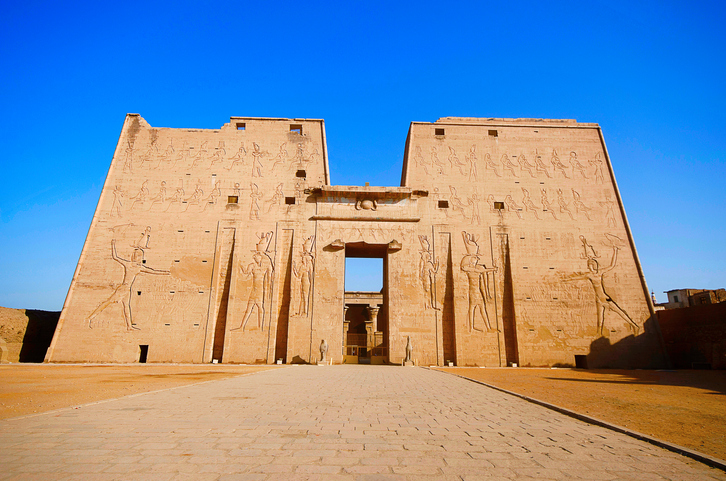 Further up the Nile River is the Temple of Edfu. One of the few temples of Ancient Egypt to have an intact roof, it is dedicated to the god Horus. The walls also hide later Christian symbols, much like Luxor. 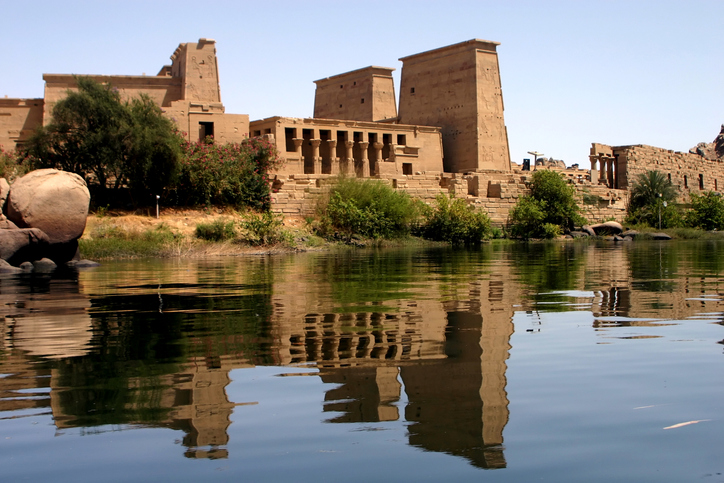 Perched on the island of Philae is the relatively newer Temple of Isis. It is said to be one of the burial places of the goddess Isis’ husband Osiris, and was considered holy. It survived as a place of worship even after the arrival of Christianity. 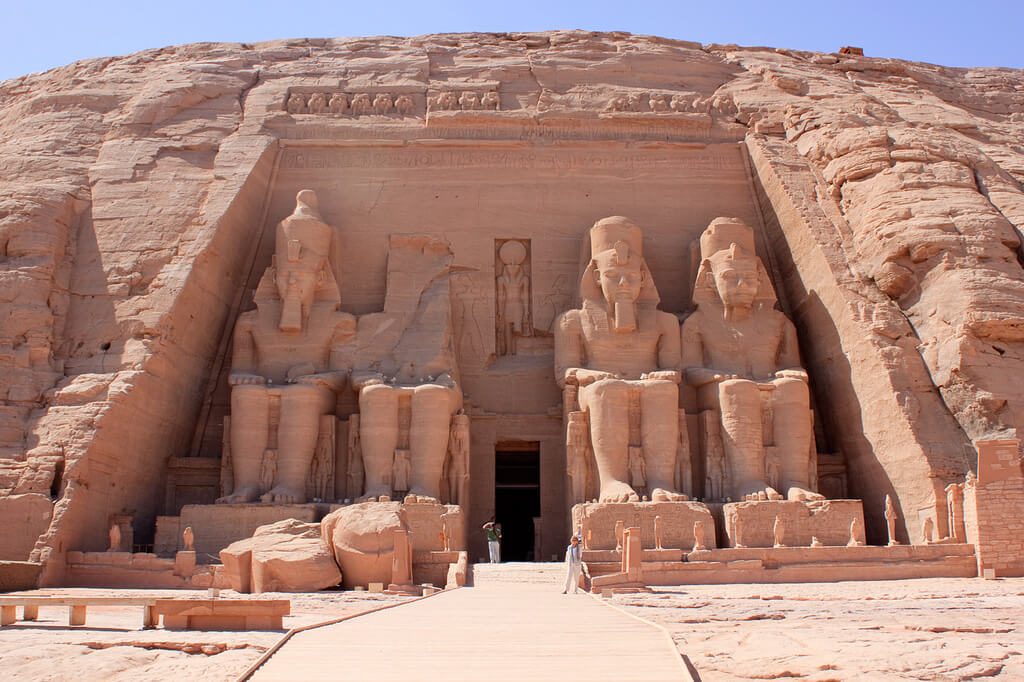 On the banks of Lake Nasser sits one of the most spectacular of the Nile temples, Abu Simbel. The twin temples were built by of Ramses II and his wife Nefertari and feature imposing statues of the couple. The temple was relocated in the 1960s to prevent being submerged by the Aswan High Dam. 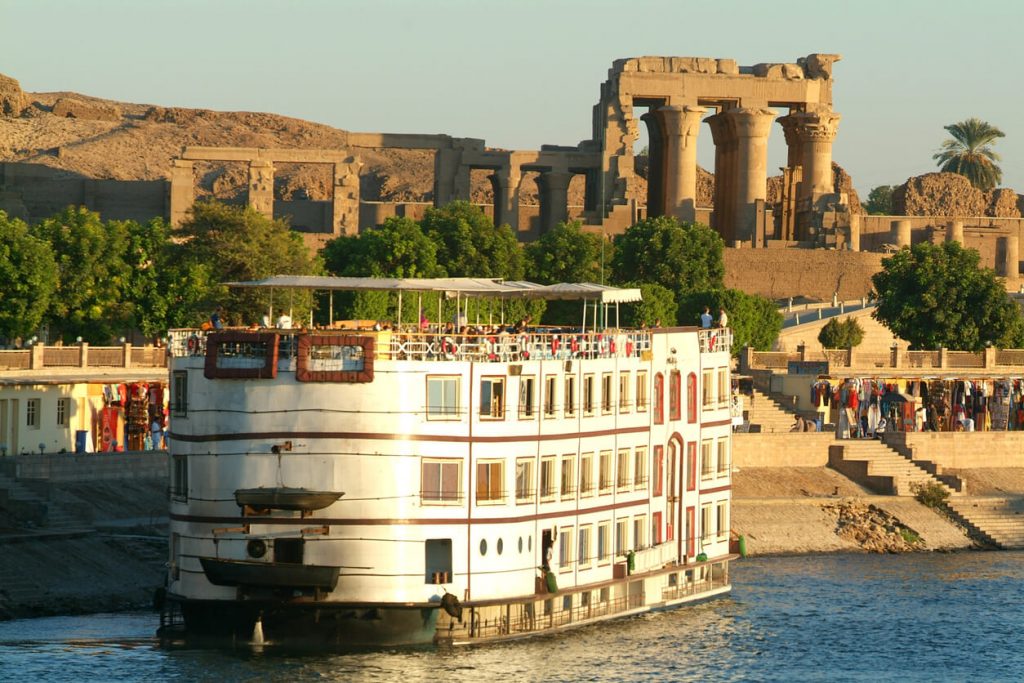 The double Temple of Kom Ombo features two sanctuaries dedicated to Horus (the son of Isis and Osiris) and the crocodile god, Sobek. Sacred Nile crocodiles once prowled the temple grounds. The temple’s crocodile museum still features over 300 crocodile mummies found there!

Fun ways to celebrate Halloween in the USA

Get Ready To Be Spooked! Here Are 11 Popular Halloween Traditions

Offbeat Things To Do In Mauritius, Not Just Another Honeymoon Spot

Absolute Best Things To Do In Oman That Awaits You

Flamingo Beach: Your Travel Guide to Visit the Exquisite Pink Birds in Aruba

Top 20 Amazing Things To Do In Malta During Your Visit

Incredible Things To Do...

The Mighty Five Must...

We use cookies on our website to give you the most relevant experience by remembering your preferences and repeat visits. By clicking “Accept All”, you consent to the use of ALL the cookies. However, you may visit "Cookie Settings" to provide a controlled consent.
Cookie SettingsAccept All
Manage consent

This website uses cookies to improve your experience while you navigate through the website. Out of these, the cookies that are categorized as necessary are stored on your browser as they are essential for the working of basic functionalities of the website. We also use third-party cookies that help us analyze and understand how you use this website. These cookies will be stored in your browser only with your consent. You also have the option to opt-out of these cookies. But opting out of some of these cookies may affect your browsing experience.
Necessary Always Enabled
Necessary cookies are absolutely essential for the website to function properly. These cookies ensure basic functionalities and security features of the website, anonymously.
Functional
Functional cookies help to perform certain functionalities like sharing the content of the website on social media platforms, collect feedbacks, and other third-party features.
Performance
Performance cookies are used to understand and analyze the key performance indexes of the website which helps in delivering a better user experience for the visitors.
Analytics
Analytical cookies are used to understand how visitors interact with the website. These cookies help provide information on metrics the number of visitors, bounce rate, traffic source, etc.
Advertisement
Advertisement cookies are used to provide visitors with relevant ads and marketing campaigns. These cookies track visitors across websites and collect information to provide customized ads.
Others
Other uncategorized cookies are those that are being analyzed and have not been classified into a category as yet.
SAVE & ACCEPT