Désalpes: This Unique Festival In Switzerland Is A Must-see

When I was in Switzerland during my student exchange programme, I had the benefit of experiencing everything the country had to offer through the eyes of a local – since I was living with a Swiss family for that year.

This was the time when I realised that Switzerland celebrates both religious and seasonal festivals!

So come September, when I was told by my host family that we would be watching the ‘Désalpes’, I was thrilled – and a little confused! I had no idea what this was, and when they told me it was a festival to celebrate the cows and farmers in the Alps, I was even more confused!

Known as ‘Alpabfahrt’ in German, ‘Désalpes’ in French and the ‘Alpine Descent’ in English, this festival is very traditional and is deeply cherished within the Swiss. It has been taking place in and around the Swiss nation for hundreds of years!

It is the time of year where the farmers up in the Alpine farmers come back down from the mountains to the flatlands to return the cows to their rightful owners. They come back at the end of summer to spend the Autumn and Winter months in the plains.

Since I was living in the canton of Fribourg, I went to the Désalpes in Charmey (which is known to be an area that celebrates this festival with an unparalleled enthusiasm). We reached there a little after sunrise and immediately heard yodelling from afar and could see people opening up their barns.

Soon after, we saw the procession coming down the mountain. I was amazed at how the farmers were being celebrated like superheroes! They were descending the mountain with their cows – adorned with bells, flowers and even clothes – and with families and pet dogs! 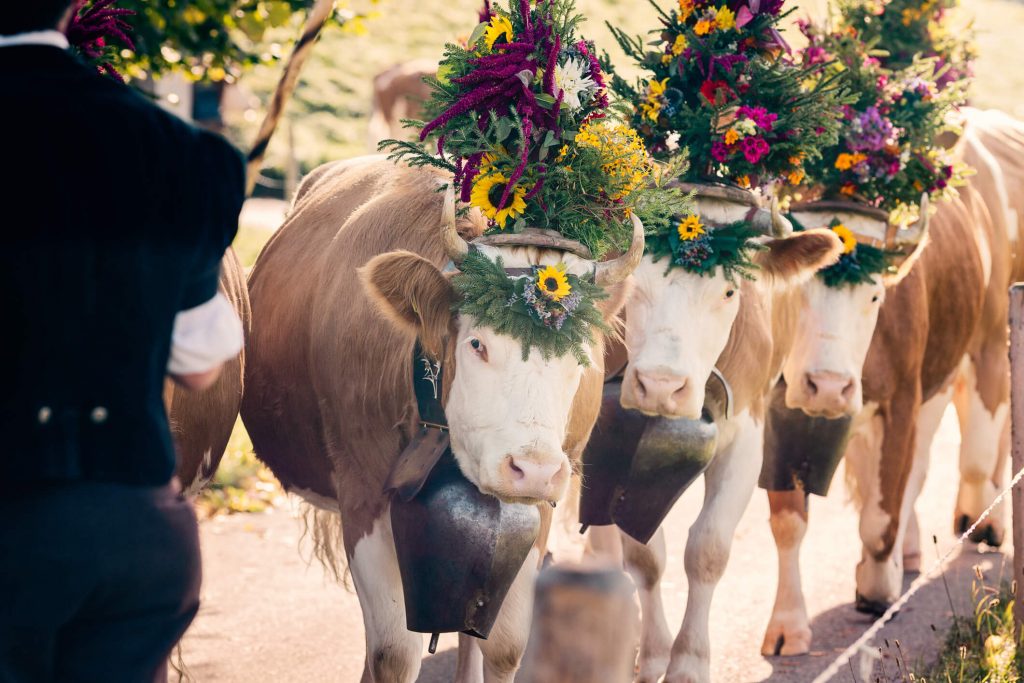 Besides the procession, there was also quite a bit of game and cheese-making demonstrations happening, with music playing all throughout by an alpine choir. There were people selling art too! There was more yodelling, people in stalls selling mulled wine, fondues and raclettes, children playing and the central street of the town was cordoned off for the cows to come home.

I also noticed that the houses were decorated with cheeses! This is because the summer milk that is also brought down is used to make some very special cheeses. The grass that the cows are fed up in the mountains gives the cheese a flavour that is sweeter and smoother. And this milk cannot be transported down otherwise because it would be much too expensive.

That day, there were more than 700 animals coming down the mountain and it was nothing like I’ve ever seen before! 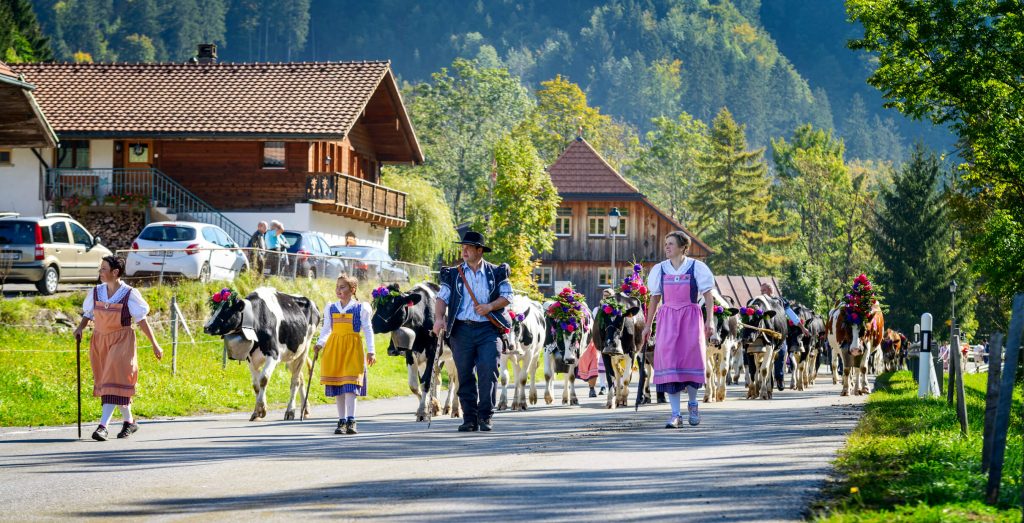 If you’re visiting Switzerland in September, I would recommend that you add this festival to your must-see list. It may not be as glamorous as other activities, but it sure is unique! My advice for anyone who would like to see this would be to get to any town you choose as early as possible because the roads get blocked and crowded very soon.

European Music Festivals In 2022 That’s Sure To Blow Your Mind!

8 Amazing Mayan Ruins In Mexico For You To Explore

The 11 Reasons You Must Visit Kerala This Year

All You Need To Know About The Annual Venice Carnival

Top Most Popular Cities In The United Kindom for International visitors

Banganga Tank: A Look Inside The Ancient Water Tank In Mumbai

Where To Find The...